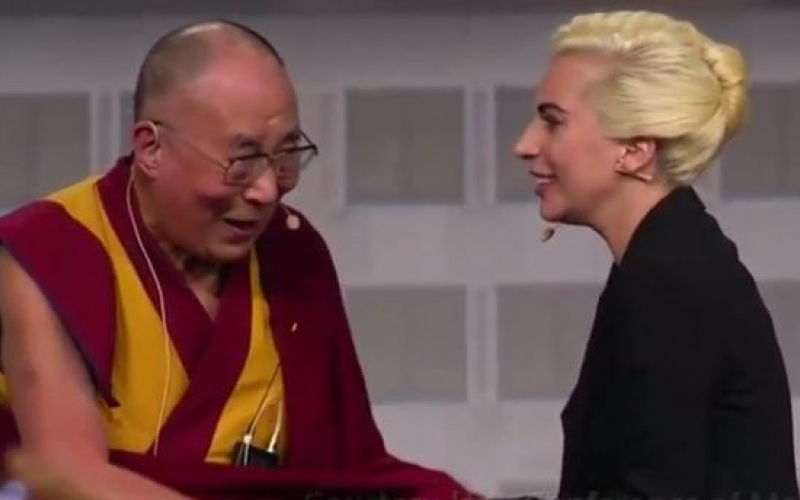 Tenzin Gyatso, the 14th Dalai Lama and spiritual leader of Tibet, will deliver the commencement address at UC San Diego on June 17, the campus announced Thursday.

The commencement ceremony will be invitation-only, but the Dalai Lama will appear at a public event June 16 at UC San Diego’s RIMAC Field. This will be his first stop on a planned U.S. tour this year, and details about how to attend will be announced closer to the event.

The San Diego stop will be the Dalai Lama’s second visit to the city this decade In 2012, he gave speeches at UC San Diego, University of San Diego and San Diego State University.

“We are honored to host His Holiness the 14th Dalai Lama at UC San Diego and thankful that he will share messages of global compassion with our graduates and their families, as well as with a broad public audience,” read a statement from campus Chancellor Pradeep Khosla, who met the spiritual leader in Dharamsala, India, last October.

“A man of peace, the Dalai Lama promotes global responsibility and service to humanity,” he continued. “These are the ideals we aim to convey and instill in our students and graduates at UC San Diego.”

In 1989, the Dalai Lama was awarded the Nobel Peace Prize for his non-violent struggle for the liberation of Tibet, and he is the first Nobel laureate to be recognized for his concern for global environmental problems.

His travels has taken him to more than 62 countries spanning six continents, and he has received over 84 awards, honorary doctorates, prizes and other recognition of his message of peace, nonviolence, interreligious understanding, universal responsibility and compassion. He has also has written more than 80 books.

“This shall be a very special visit,” said Lama Tenzin Dhonden, a Buddhist monk who lives in San Diego and organizes the Dalai Lama’s conferences. “San Diego loves His Holiness. His Holiness will come to San Diego to share an authentic message of peace and human value as the students enter their professional lives.

“The seeds of kindness and compassion shall sprout through their future work and spread these basic values throughout the world,” Dhonden continued. “Parents and members of the community will be able to share the celebration of graduation while receiving this message.”