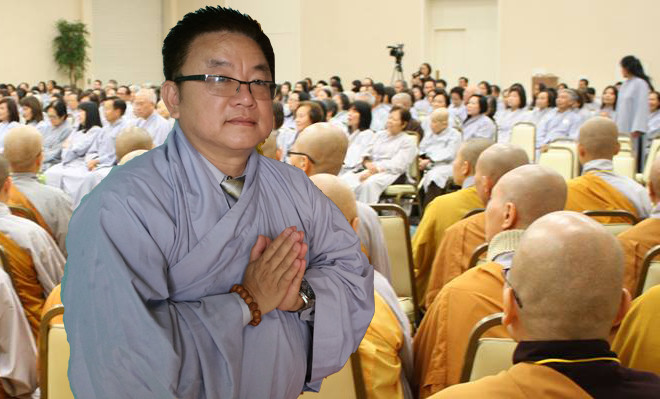 Quảng Hải Phan Trung Kiên became a member of the Vietnamese Buddhist Youth Association when he was 8 years old. He resettled in the United States in 1982 and continued to be a dedicated Buddhist, devoting his time and effort to help spread the Buddha’s teachings to those eager to learn, especially the younger Vietnamese-American generation. He is a co-founder of the United Buddhist Foundation and currently lives in San Diego, California.